There are many human rights defenders, victims, and their personal stories behind the recent high-profile cases concerning violence.

Years of experience of working in the human rights field, the high number of successful cases, and professionalism against aggression – “Partnership for Human Rights” (PHR) has been improving the legal status of children, people with disabilities, and various vulnerable social groups since 2012.

In the organization, they think that working on children’s rights and gender issues comes with increased responsibilities. In addition to protecting vulnerable social groups, the organization’s employees often have to repel aggression against themselves. Anna Arganashvili, the executive director of PHR, discussed with us the stereotypes existing in society, gender-based violence, violence against children, and the role of human rights defenders. 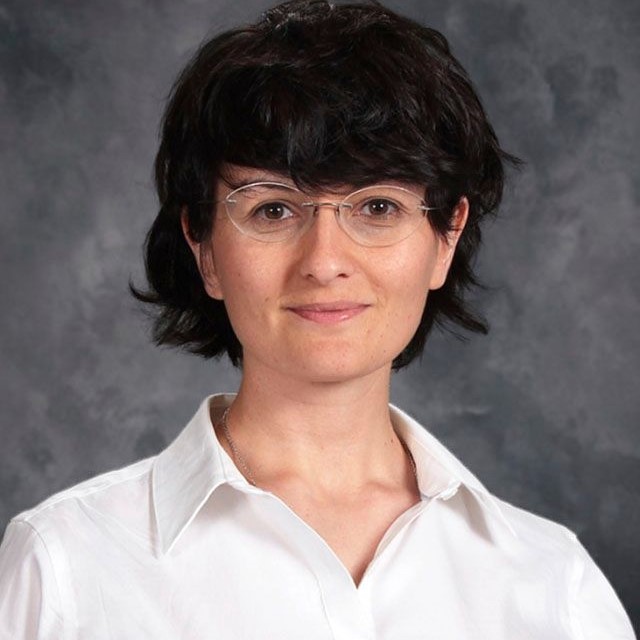 “If A Woman Is Alone, She Should Always Know That We Are By Her Side” – Gender Direction

The organization has been working on combating violence against women for years. Human rights defenders remember well all the cases where the abuser was strong and successful. As Anna says, if the abuser is successful,  it plays an important role in forming public opinion. It is difficult to tarnish the image of a successful person and recognize him as an abuser because society finds it difficult to turn a blind eye to success and people believe that it is impossible for a person who made everyone “proud” to be an abuser. “If the Georgian flag flies because of the victory, the society needs the icon of a strong, successful person so much that in return it demands the silence of the victim. Of course, we do not share this opinion.”  In the organization, they are well aware that it is impossible to fight the violence that is deeply rooted in society quietly. That is why their struggle is always public and loud.

As Anna says, in PHR they tend to listen mostly to children, while protecting their rights. Consequently, this fight is more radical and uncompromising than others. “We can not compromise, we can not give up anything, because what we give up, does not belong to us. If we go against the interest of the children now, after reaching the age of 18, they will reprimand us for not protecting them when they could not do it themselves and when the compromise was not their choice.”

In cases like these, Anna sees the solution in the increased responsibility of an adult. “We can talk speak up about the experience of sexual violence that we went through as children. It’s not easy for me as a single person, but I still, might as well protect the child. Of course, we will be criticized, but this is the only way to protect other 9-year-olds from the same violence.”

Anna thinks that to protect the child we must overcome all unjustified restrictions and barriers. “To protect the child, I may break some rules. What is more important: to obey a specific norm, or to protect a child. The harm done to the child cannot be reversed, and in case of an administrative offense I can think: hell with that, I will be an offender. I do not want to be one, but if I have a choice between protecting the child and breaking the rules, I will protect the child. “

“Everyone Can Participate in the Legislative Process” – Advocacy Campaigns

With the active involvement of the organization, the legislative framework in Georgia has improved in recent years. Advocacy campaigns are often high-sounding and always uncompromising. “The involvement of the organization in the legislative process is not easy. We do not engage in advocacy where the will of the state already exists. However, our area of ​​mandatory involvement is about unseen issues and those legislative amendments that we do not agree with. In some cases, our contribution can be a protest and as a result of the protest, we get the desired result, because the involvement of the community has great power. One might think that legislation is written only by those who make it, but no. Legislation can be also written by those who disagree with it and protest it.“

When Human Rights Defenders Have To Defend Themselves

Alongside fighting for the rights of others, Anna and members of her organization often have to deal with attacks (including physical ones) and repel excessive aggression. The purpose of this is usually to try and divert their attention from their main activities. “We were preparing for the trial intensively and received threatening letters. We went, took part in the court proceeding, and then took time to look through the threats against us. We realized, that they wanted to scare us so that we would come unprepared to the trial. We prepared, we waited for 2 days and then we started to save ourselves.”

In addition to psychological harassment, members of the organization have been physically assaulted. “We have been victims when people have thrown things at us. Tomatoes were thrown at my co-worker once while she was giving an interview to the media. It is very difficult [to continue human rights activities at such times]. It is so difficult that some people may stop and you can not demand the same endurance from everyone. ”

Women human rights defenders, both in Georgia and in many other countries, have to endure twofold stress – as a woman and as a human rights defender. Despite the sexual content and physical nature of threats they face, they know that need to empower each other. In the face of dual challenges and attacks from the public, government, or fake news, everyone in PHR agrees – truth, loyalty, and standing by each other will help you to overcome any challenge. “We are very encouraged by each other. I know I have to go and help someone – if I was going through hard times, they would come and help me. We protect and strengthen each other. We have a special relationship with other women human rights activists. There is an unspoken agreement to never harm each other, especially in public. If we have problems, we will address them separately.”

“The People You Support Become Your Allies ” – The Price Of Support

According to Anna, the support from people they helped in the past is most pleasing. Often their ex-beneficiaries stand by them when they are facing challenges. “When you believe you have helped someone and they do not remember you, it is during the attacks on us when we feel – on the contrary, everyone remembers. People with disabilities living in boarding houses, the parents of our beneficiaries – mostly they are our supporters now. They write us amazing, heartwarming letters and organize themselves to protect us. They know we have not started working today and will not finish tomorrow. If a human rights activist is attacked, it means that in perspective, you have been attacked, because you may need a human rights defender tomorrow.”

“Every Victim is a Human Rights Defender”

In PHR they are well aware of the difficulties that come with being a victim. Anna believes that it is important to understand the victim and to have empathy. “No one was born very brave. I, for example, have gone a path from being a victim of human right violation to being a human rights activist. I have been a victim of various types of violence. I think that this experience is what helps me now and not what I learned at the university. You can go to university, but you can not become a human rights activist if you cannot understand how the victim feels. Potentially, all victims are human rights defenders – defending themselves and others.”

Anna and her colleagues understand all the risks involved in human rights activism. However, their experience, competence, perseverance, and mutual trust give them the courage to continue their work, full of troublesome situations. PHR believes that finding a allies is often more important than winning the trial. Even if justice is not served, at least thousands of people will hear about your problem. The main thing is to make an important decision – speak up, change the reality, and believe that others will stand by you. Sometimes the victory is to not be a victim and not be alone.

“Human Rights House Tbilisi” prepares the articles about the human rights defenders. HRHT will get to know the people who fight  for the positive changes on a daily basis.